How to Change the Default Language of an Election

As more and more cities and states roll out ranked-choice voting, they need to familiarize their voters with how the process works. And the best way to do that is to meet voters where they are in their own language.

That's why the voter experience for RankedVote elections can be instantly translated into over two dozen languages.

These translations were performed by real speakers of each language (not Google Translate) to better convey the key concepts and nuances of ranked-choice voting.

Note: Language translations are specifically geared towards voter education. That's why they're a feature available on "elections" in RankedVote. If you're running a "contest" or making a "decision," those will appear in English.

What Your Voters See

When you change the default language of an election in RankedVote, you're impacting what your voters see throughout the voting experience.

The ballot is where your voters cast their votes. All directions, labels, and error messages are translated to better guide the voters through casting a ranked-choice ballot. This prepares them for when they eventually cast their real mail-in or in-person ballot.

Note: Candidate names, group affiliations, and descriptions cannot be translated. They are displayed as they were entered into RankedVote. But, you can enter them using characters of any supported language. 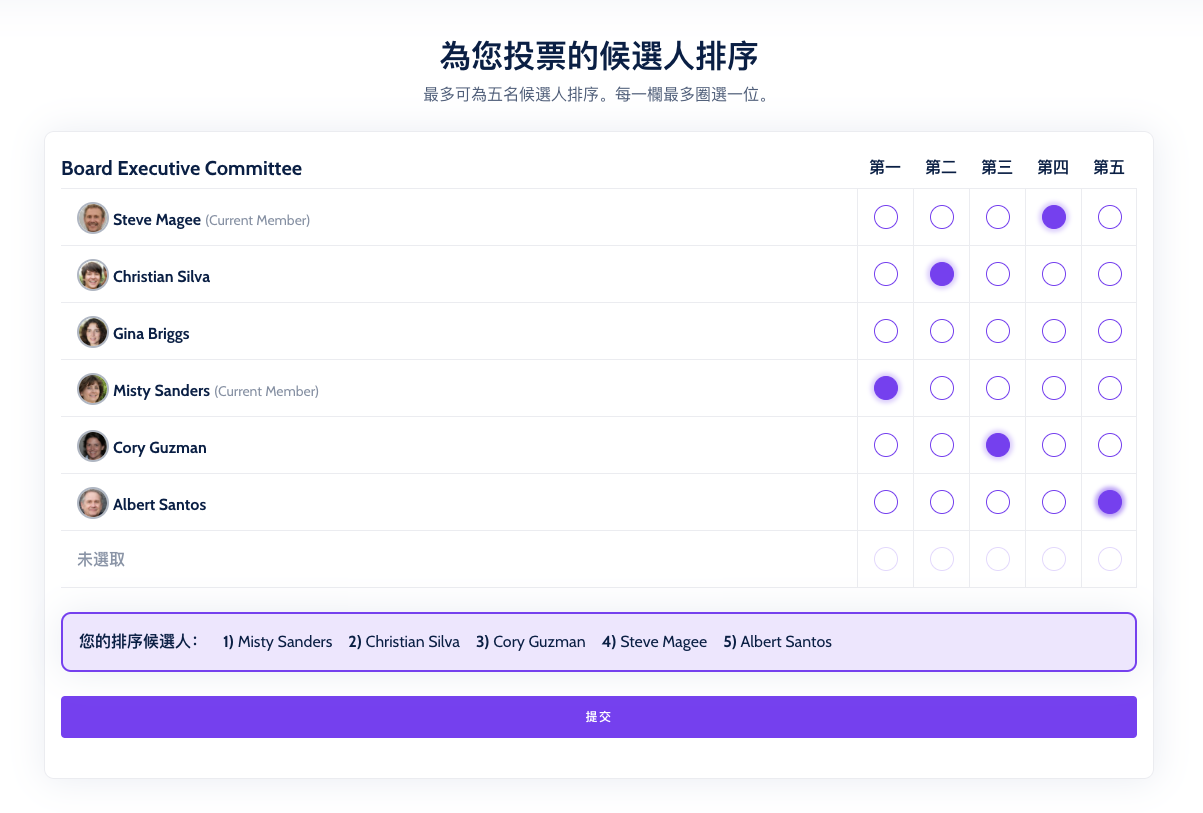 A Grid Ballot in Chinese (Traditional)

The Results page gives a thorough explanation of what happened in the election. Beyond describing the winner, the page goes in-depth into key ranked-choice concepts like how eliminations work, exhausted votes, excess votes, and how the results compare to a more traditional style election. 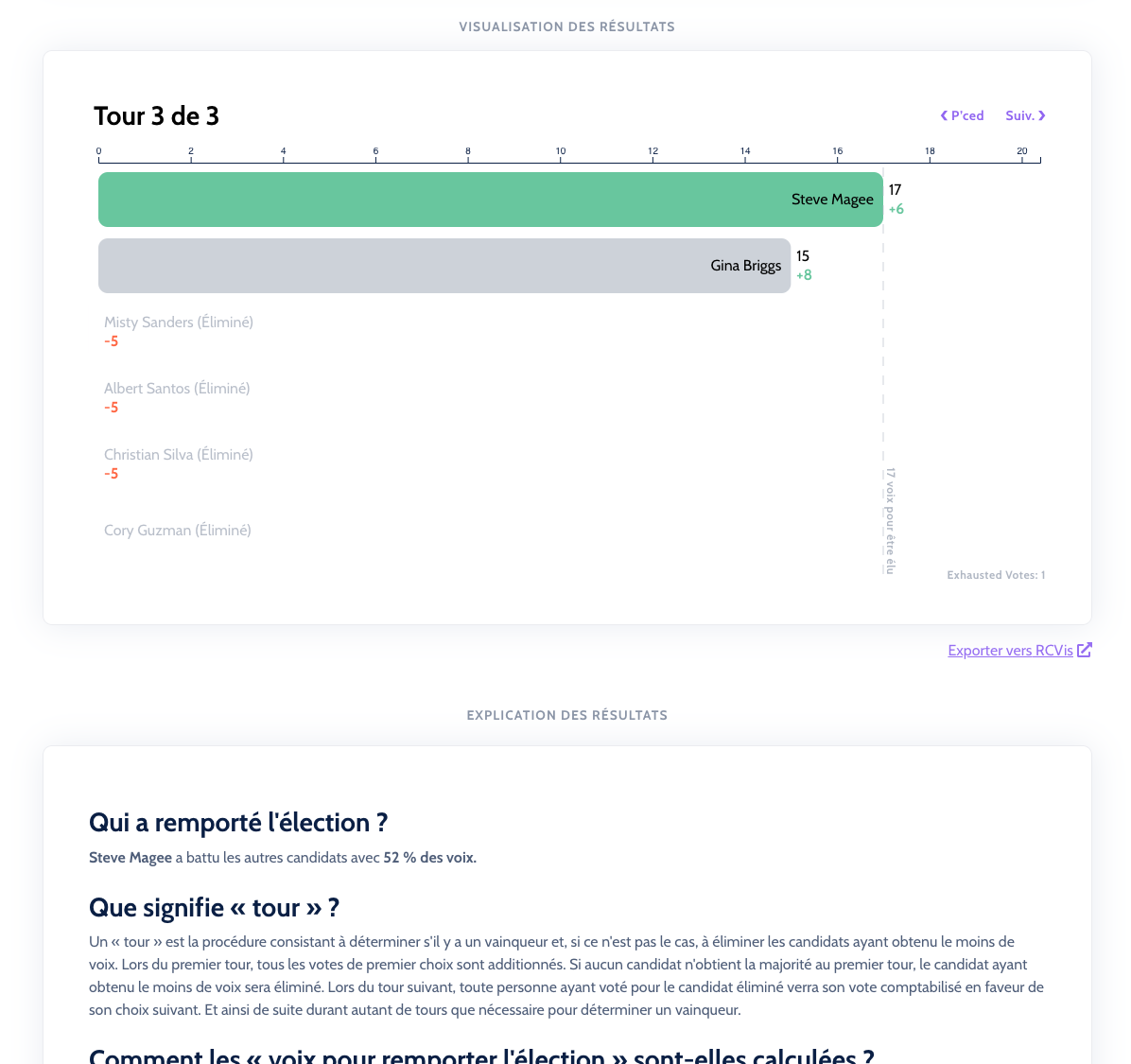 The Results Page in French

Just like the other settings in RankedVote, Language is set from the Details page. The Details page is where you land immediately after creating your election. You can always get back to it by clicking the "Details" button for the election from the Dashboard.

You'll find the Language feature at the bottom of the "Setup" section and just before the "Access" section.

The Language feature on the Details Page

Each voter that visits your election has the ability to override the language you set. If it's "all Greek to them," they have a way out.

In the lower-right corner of every page the voter sees is a language selector that allows them to override your default. This setting only applies to that voter. It doesn't change your election's settings for anyone else.

This setting is also "sticky" for that voter. Any other elections they view on RankedVote will display in whatever language they selected.

Note: If you select a language from that dropdown, then that will be saved as your override. Which, if you're testing out your election, may make it seem like your language setting isn't working. It will keep displaying in the override language. Rest assured, whatever language appears on the Details page for your election is the default that loads for your voters.

Here are all the languages available to you and your voters on RankedVote elections. If you're wondering why these particular languages, the common thread is that they're all languages spoken in jurisdictions that use ranked-choice voting (e.g. New York City, Minneapolis, and Alaska).